In this World of Warcraft guide everything revolves around Burning Crusade Classic Alchemy and how to level it.

This guide may undergo changes after the release of Burning Crusade Classic.
It may also contain information that is not viable until a certain Phase of the AddOn.

Burning Crusade Classic Alchemy can be learned from the following trainers:

If you are not at 300 yet, take a look at our Classic Alchemy Guide.

The following list of materials is only a rough guide to get an overview of the quantitative dimensions of reagents needed to skill at maximum level! Depending on your luck or bad luck with the yellow/green recipes you might need more or less materials.

The recipe is yellow at this point so you may have to craft some more of these.

For the next step you need Recipe: Super Mana Potion. You can get it here:

The recipe turns yellow at 355, so you may have to craft some more of these.

15x Major Dreamless Sleep Potion until 372 – 15 Dreaming Glory, 15 Nightmare Vein, 15 Imbued Vial
The recipe turns yellow at 365, so you may have to craft some more.

Most recipes turn green between 362 and 365. Recipe: Major Dreamless Sleep Potion does not until 372, so craft it as long as you can to save expensive reagents for transmutation.
The recipe can be purchased from

Transmutations require the use of a Philosopher’s Stone. Burning Crusade has a new, epic version: Alchemist’s Stone. The Recipe: Alchemist’s Stone requires you to be Revered with The Sha’tar and is sold by Almaador, located in the Terrace of Light in Shattrath.

You can also do any of the following transmutations to get to 375 (but they are green at 372 too):

Alchemist Gribble in Honor Hold or

Once you have chosen a Mastery, you can change it only by paying the quest giver of your current mastery 150 Gold.

Master of Potions quest from your Master Trainer in Hellfire Peninsula.
Travel to the Cenarion Refuge in Zangarmarsh and speak with Lauranna Thar’well.
Finish the second

Master of Potions quest with the following objectives:

If you don’t have them, you can get Recipe: Super Mana Potion and Recipe: Major Dreamless Sleep Potion from either

Once the quest is finished, you’ll become a Potion Master. Its the easiest specialization you can choose.

Master of Elixirs quest from your Master Alchemy trainer in Hellfire Peninsula.
Travel to Shattrath and meet with Lorokeem in Lower City.
Finish the second

Master of Elixirs quest with the following objectives:

Once the quest is finished, you are an Elixir Master, granting you proc chances when crafting Elixirs.

Master of Transmutation quest from your Master Alchemy trainer in Hellfire Peninsula.
Travel to Zarevhi at Stormspire in Netherstorm.
Finish the second

Master of Transmutation quest, which will require you to him 4x Primal Might.
Transmute: Primal Might requires one of each of the Primal Elements, which can be expensive.

Once the quest is finished, you are a Transmutation Master, granting you the chance to proc additional elements when transmuting.

Recipes (and where to get them)

This section is all about recipes your trainer is not able to tell you about.

To purchase the following recipes you need to be Exalted with the Shattered Sun Offensive.
They are sold by Eldara Dawnrunner (Isle of Quel’Danas). 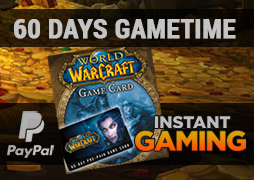